Monastery of la Cartuja: a dream for art and architecture lovers in Seville

A majestic old friary that later became a ceramics factory and that today hosts exhibitions of contemporary art? Yes! It is not a dream of an art and architecture lover. It is the Monastery of la Cartuja in Seville.

In this article we share our fascination for this hidden gem of Southern Spain that we consider an absolute must for art and architecture lovers. 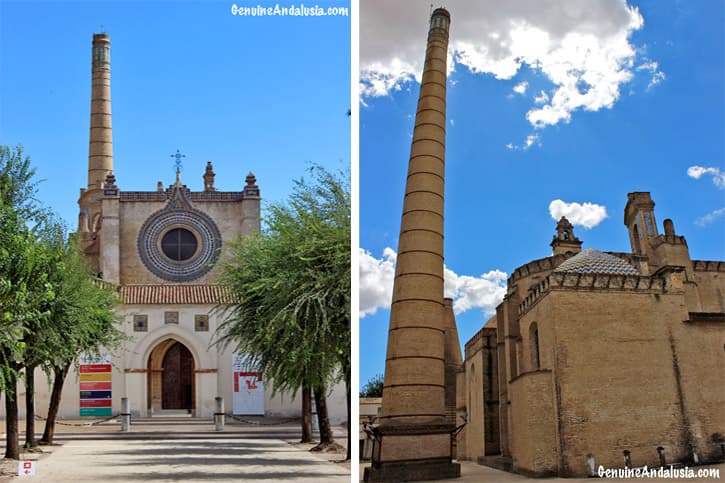 The Monastery of la Cartuja remains undiscovered by most visitors to Seville in spite of its uniqueness.

This is due to its location outside the old town and across the Guadalquivir river. The banks of this legendary river have been famous throughout history for their clay deposits. Actually, it’s known that the area where the Monastery of la Cartuja stands today had numerous kilns in the early middle ages.

Back at that time Seville was a Muslim city and ceramics and pottery were an important part of the local decorative arts.

After the Christian conquest of the city in 1248, Christian potters continued with the extraction of clay from the river deposits and nearby caves. These caves and deposits were mere sources of raw materials for these local potters. However, this conception changed when one of them found a sculpture of the Virgin Mary in one of these caves.

The sculpture was therefore named “The Virgin of the Caves” and a shrine was built at the very spot where it was found. Devotion for the image grew over the years with the belief of its miraculous powers. This brought the first monks to the area, who came to support the devout and other pilgrims. 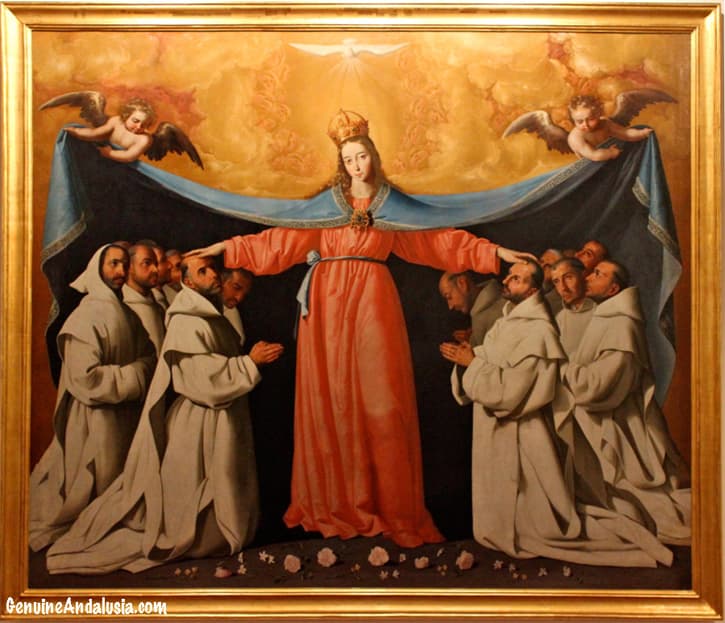 In 1400, the financial help of some noble families from Seville allowed for the construction of the first sections of a Monastery. Then, by the end of the 15th century, Carthusian monks came to live in it.

Zurbarán is one of the most representative Spanish painters of the 17th century. Some of his works are today in the museum of fine art of Seville. 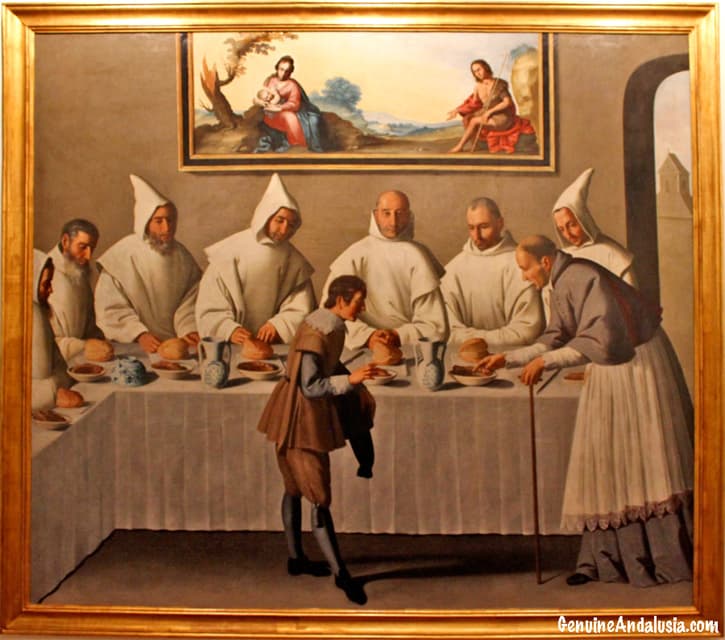 The Monastery of la Cartuja (known back then as the Monastery of Saint Mary of the Caves for obvious reasons) was a place of prayer and silence. However, its monastic activity came to an end in 1836, when major convents and monasteries in Spain were abolished.

In 1839, a businessman from Liverpool bought the Monastery of la Cartuja and turned it into a ceramics factory.

Industrial kilns and tall chimneys became new elements of the former religious landmark. These new features gave the Monastery of la Cartuja the shape and lines it shows today.

The factory became internationally renowned for the refinement of its ceramics and it functioned until 1982. These ceramics are still very popular today and known as Cartuja Ceramics. 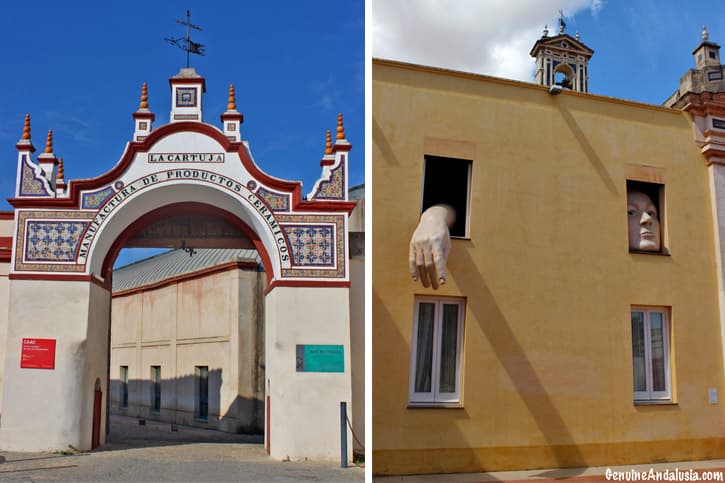 In 1997, this site of Seville became the Andalusian centre of Contemporary Art.

A magical space filled with history and a fascinating mix of architecture styles. There one can see both temporary and permanent contemporary art exhibitions.

The Monastery of la Cartuja is also the scenario of many music festivals taking place mostly in Spring. Also, during the summer nights, contemporary pop music fills the gardens of the former monastery, with a program of concerts called nocturama.

We very much enjoy history, art, architecture and music so we are regular visitors to this hidden gem of Seville. If you would like to discover Seville and its hidden gems with us, we’ll be delighted to take you on tour.

See our Behind the Scenes Seville walking tour